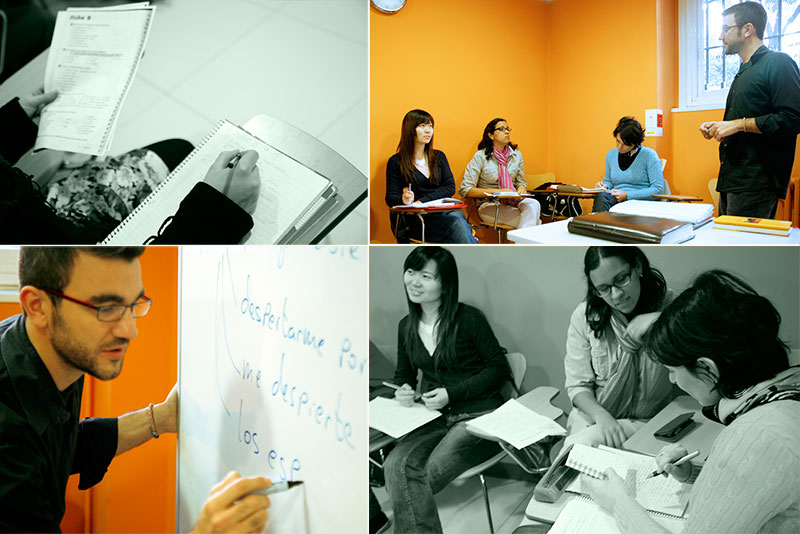 Our Spanish courses for foreigners are designed to develop students' communicative skills, and their ability to make use of the Spanish language confident and fluently.

Our methodology follows the communicative approach, and we count on carrying it out with specialized native high qualified Spanish teaching staff.

Visit us in our offices and talk to our teachers to take a personalized placement test that will place you in the most appropriate level according to our levels system.

Why is learning Spanish important?

It is not a coincidence that Spanish has become the most popular language to learn in the USA as well as in Canada. Within the past decade, the Hispanic population in the United States alone has increased by more than 60%. Hispanics now represent the largest minority in this country, comprising 12.5% of the total population. Within the next 50 years, Spanish is expected to be the first language of half of the United States.

Learning Spanish opens doors to meeting people and communicating in countries around the world. When you learn Spanish, you are given the opportunity to communicate with more than 400 million people worldwide in their native language. After English and Mandarin, Spanish is the most widely spoken language in the world. It is already the official language in twenty-one countries. And it is still growing! By the year 2050, experts say that 530 million people will speak Spanish across the globe.